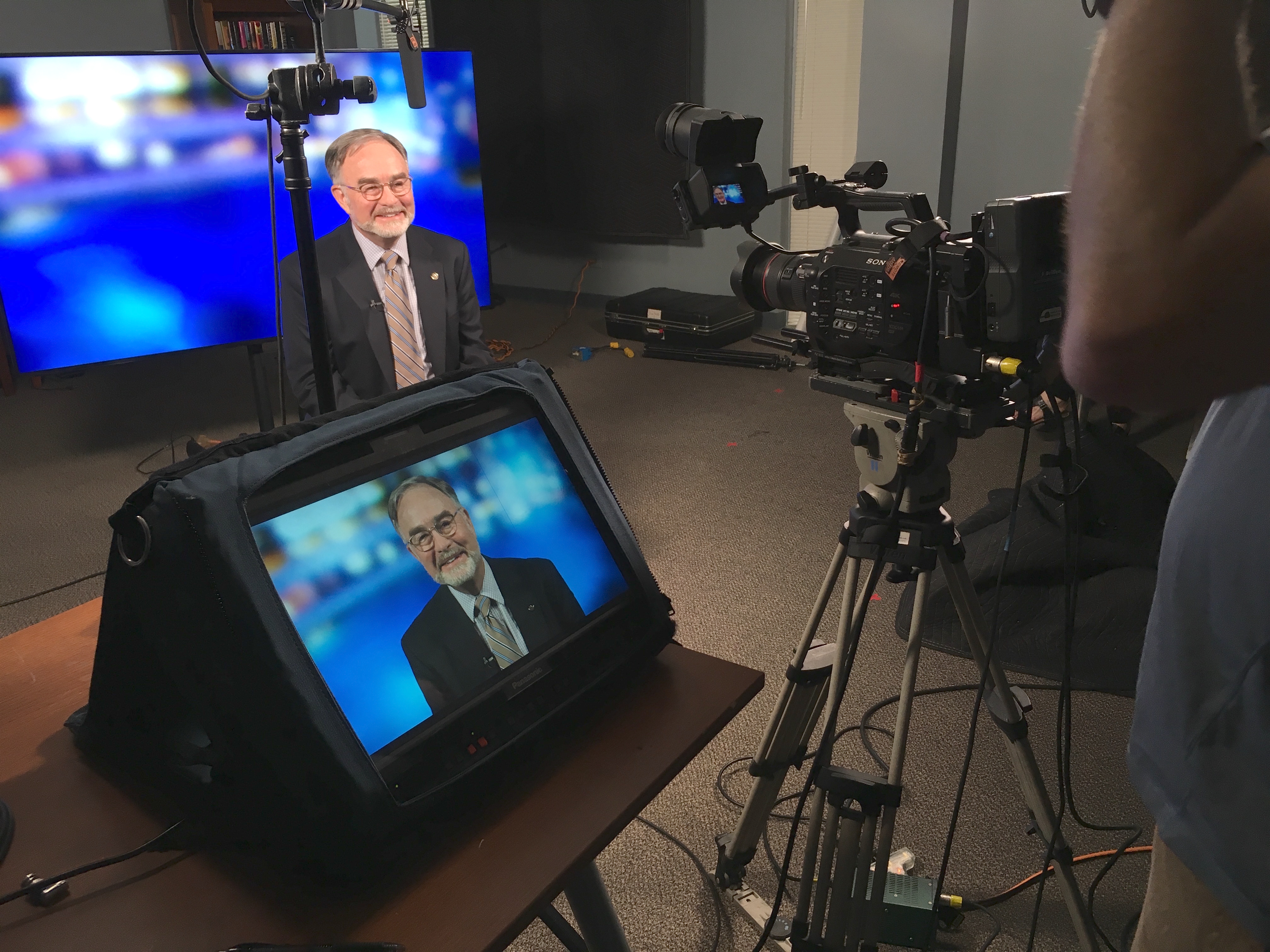 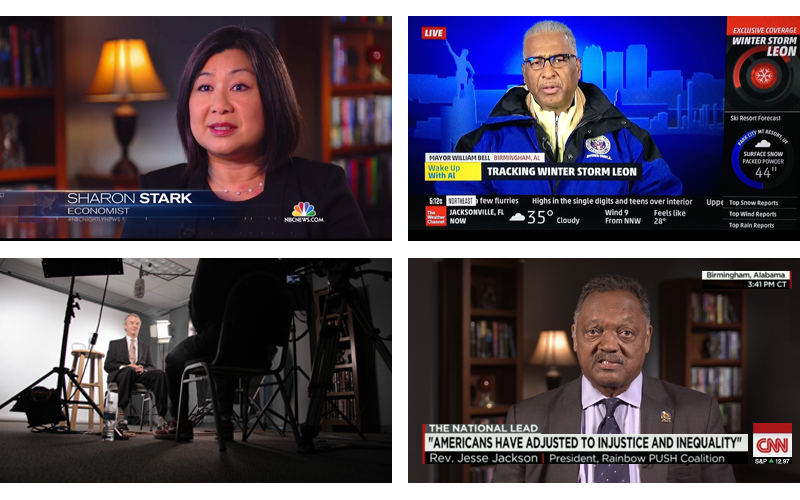 Examples of live shots and interviews from the Crewsouth studio. They include NBC News, Weather Channel, and CNN.

Crewsouth’s live shot studio is used all of the time by news and sports networks such as CNN, ESPN, HLN, NFL Network, The Weather Channel, and NBC News. 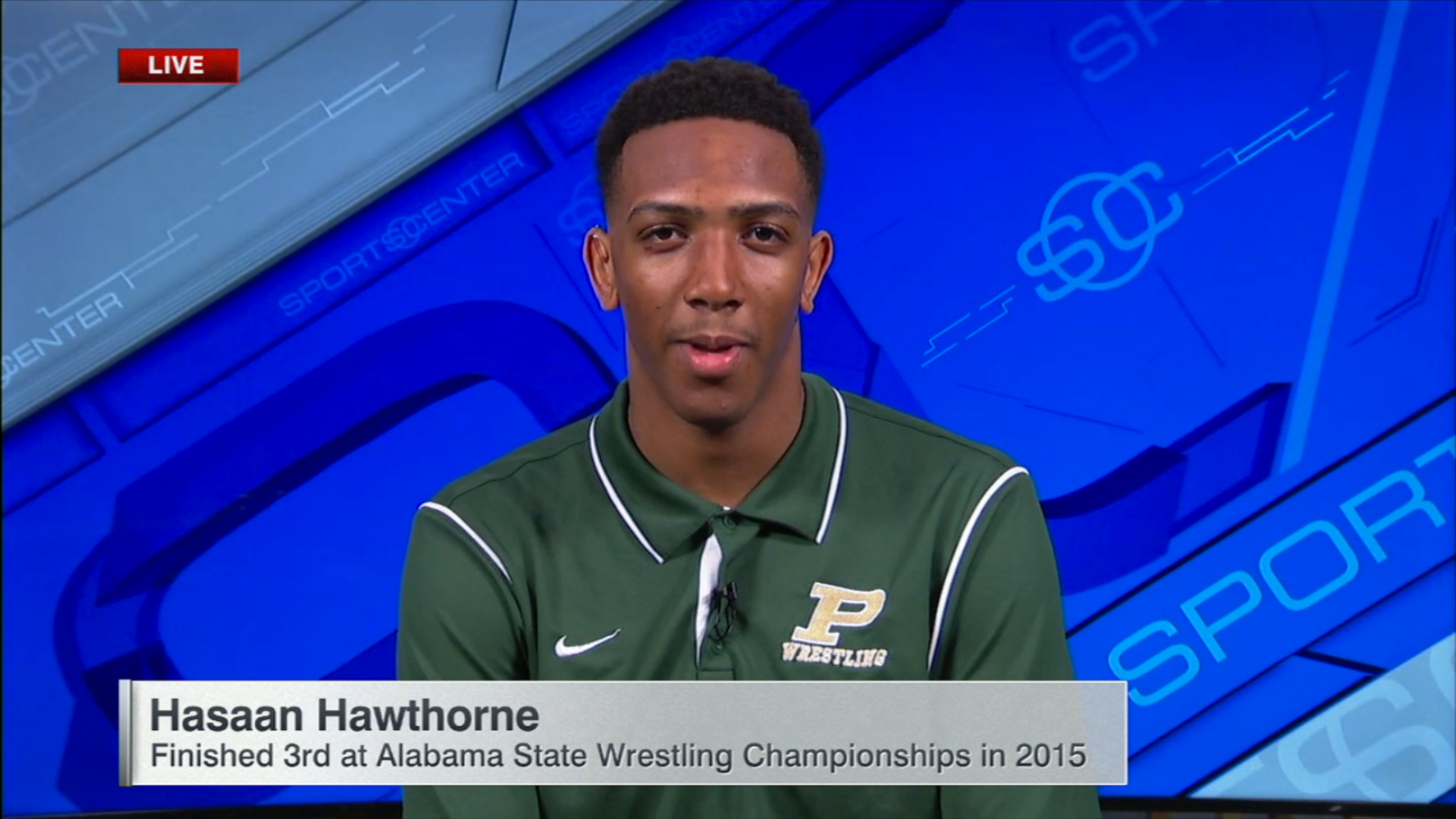 Our new 75 inch HD television monitor allows us to display any image or background at any network’s request.

Crewsouth streams the video over a high-speed fiber connection by using LTN Global, which allows television networks all over the world to use our studio for live shots and video feeds.